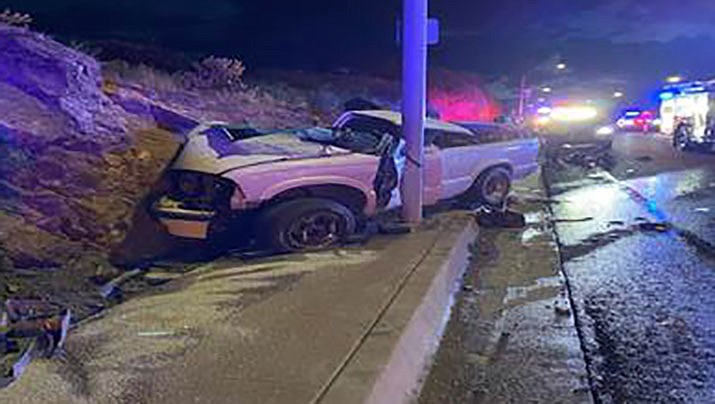 A driver was taken to Kingman Regional Medical Center with non-life threatening injuries after an early-morning accident on Andy Devine Avenue in Kingman on Tuesday, Sept. 20. (Kingman Police Department photo)

The Kingman Police Department along with the Kingman Fire Department responded to a serious crash with the truck wedged between a light pole and a cliff, KPD wrote in a news release.

The crash occurred in the area of Chadwick Drive and East Andy Devine Avenue involving a pick-up truck that lost control. The driver and sole occupant had to be extricated from the truck by fire department personnel and was transported to the Kingman Regional Medical Center for non-life-threatening injuries.

The westbound lanes of Andy Devine were shut down for several hours due to the complicated task of removing the vehicle.