Ware works in the ‘heart’ of Mohave County government 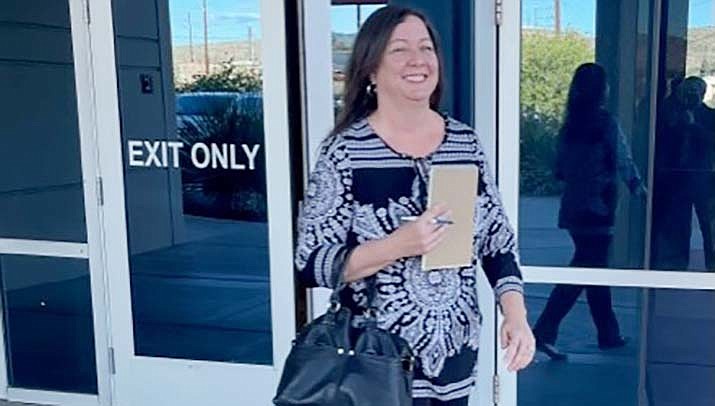 KINGMAN – Melissa Ware is the executive secretary for Mohave County Manager Sam Elters. She was born in Springfield, Missouri, but, as a child, her family moved to and she grew up in the Inland Empire of California.

In her 20’s, she served in the U.S. Army for two years, mostly in Germany as a patriot missile crewmember, surrounded by 90% males. She says “the military afforded me not only the opportunity to proudly serve my country, but to experience an amazing amount of history, immersion in other cultures, and the opportunity to meet and become friends with some great individuals.”

Ware later worked as a legal assistant for a California pharmaceutical company specializing in generic drug research and development, manufacturing and distribution.

Eventually, her family made the important decision to relocate from California to Bullhead City. Why? The rural community offered a slower pace, great weather and a lower cost of living. Importantly, she loved the idea of having direct access to so many outdoor activities like boating, off-roading and trail riding. Also, soon, her parents joined the Ware family in Bullhead City, living at the house right next door.

Ware became excited to see an opening for the secretary position in the Mohave County Information Technology Department in 2012. The specific job description met her skill set and after applying, the job was hers. She kept track of hundreds of computers and the related PC leases contracted within the various county departments. She developed professional relationships with employees within various departments, which helped her understand the roles of the other departments as well.

After nearly seven years in the IT Department, Ware became the executive secretary to former county manager Mike Hendrix. She worked for him for over a year before he announced his retirement. Ware says he was a great boss with a vibrant sense of humor.

She remained in the job when Sam Elters took the job, saying “I instantly knew he and I would prove to work well together.” She says Elters “is clear on his expectations and is genuine and kind,” adding that “he maintains a very full schedule, and calendar maintenance is definitely a high priority.” Ware points out that “the county manager’s office serves many facets, and deals with all departments on a regular basis.”

Ware’s duties also extend to working closely with the administrative services director, who oversees the animal shelter as well as the TV district, assisting with financial and budget data entry and reporting info.

Ware’s manner of accomplishing her tasks includes being creative in solving problems, while continuing to think outside the box for potential solutions.

In her spare time, she loves baking and often experiments with new recipes from old cookbooks. She loves boating, camping, off-road recreation, travel, and road trips. For pure relaxing entertainment, she thoroughly enjoys action movies and “Top Gun: Maverick” was a clear winner recently in that regard.

The bottom line for Ware is that with her job, she enjoys “being in the heart of our local government.” That’s exactly where she is, and she looks forward to many more years serving the county.