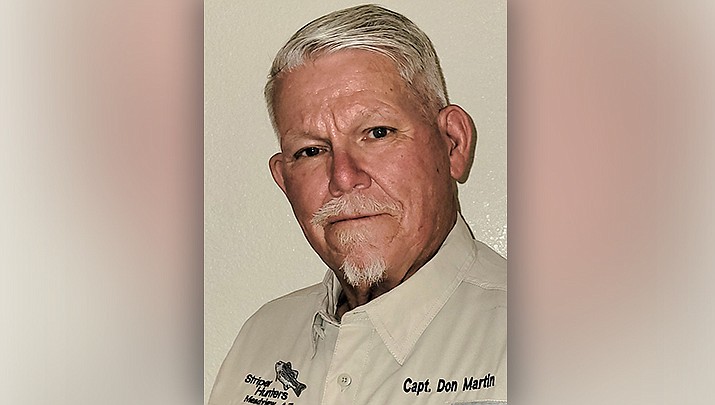 The archery elk season ended last Thursday all across northern Arizona, and for one hunter it ended on a bitter note that no hunter wants to find themselves in.

A lady hunter I know had been hunting bull elk hard in Unit 7 West. It was the first time she had ever had an archery bull elk tag. The lady is disabled as a result of her military service, and was given the tag through the Outdoors Experience 4 All organization.

It was a long and difficult hunt. There had been many obstacles she had to overcome; including not having a 4-wheel drive vehicle and the fact she was trying to do the hunt on her own, even though she had never personally hunted elk with a bow before. The unit had received torrential rain from the monsoons and at times it was a muddy mess.

She was staying in a tent, and it was leaking, so it had been tough.

However, finally on the last day of the 14-day hunt, she was able to hit a bull.

Unfortunately, the arrow hit back on the bull and it ran off. The now wounded animal didn’t leave much of a blood trail, and despite some help from other hunters, it was not found and recovered before sundown on that last day of the season.

This is where this story really starts.

Being an ethical sportsman, the hunter wanted to recover the bull, and after searching all day she called up a wildlife manager with the Arizona Game & Fish Department, and asked what she could do, if anything, to look for the bull even after the season had closed.

The hunter was apparently told by the officer that she had 48 hours to locate the bull; and if she found it, she could legally tag it and keep whatever was salvageable.

The lady posted on Facebook her dilemma, and sent me a text telling me what had happened.

As a long-time Hunter Education instructor, that information I was told about the recovery situation just didn’t sound correct. I, and other instructors had always taught our classes in Hunter Education that in those situations, the Department considered those animals recovered after the hunt to be a wounding loss, and therefore hunters were not able to keep them even if they found them. The animal belonged to the state of Arizona.

The only way a hunter could then legally keep the antlers or horns of a deceased animal found after the season closed, was to buy them at a department auction where wildlife assets were sold the following year.

That was what I had been teaching.

However, things had apparently changed, and I and a number of local Hunter Education instructors weren’t aware that there had been a change regarding recovery of animals that had been wounded during the hunt, but were found within 48 hours after the hunt ended.

When I heard of this, in the interest of clarity, I started sending out texts to the various Game & Fish people that I have telephone numbers for.

Several folks in the department said they didn’t know enough information to comment, but Region 3 Supervisor Karen Klima was able to give me the information I sought.

In a text Klima stated: “Department direction is that the hunter has 48 hours from the close of the season to find the animals. If the animal is still alive they cannot kill it.”

Klima also stated: “Each time this happens the person needs to contact the WM (Wildlife Manager). This should be a rare occurrence, not a regular thing. When someone is tracking a wounded animal and the season is about to close, the person should call the radio room or a WM for further instructions.”

Interesting! Don’t bother to look for this information in the Department’s regulation booklet. It’s not there! Klima said that this was something that was given to their officers, but there is no written rule or regulation that specifically covers this situation.

Unfortunately for this lady hunter, all of this was a moot point. She never found her elk.

Sad as it is, here is a point to ponder. George Welsh, a retired game warden once told me: “Nothing in Nature goes to waste! Even the bugs got to eat!”

My own personal concern about all of this is as a senior Hunter Education instructor when we teach classes to the public, we should be able give the public the correct information. We can’t teach what we don’t know.

I’m going to suggest to the Hunter Education managers in Phoenix that in the future they put together a synopsis each year for instructors statewide informing them of changes in the rules and regulations at the department.