Column | The shameful return of earmarks 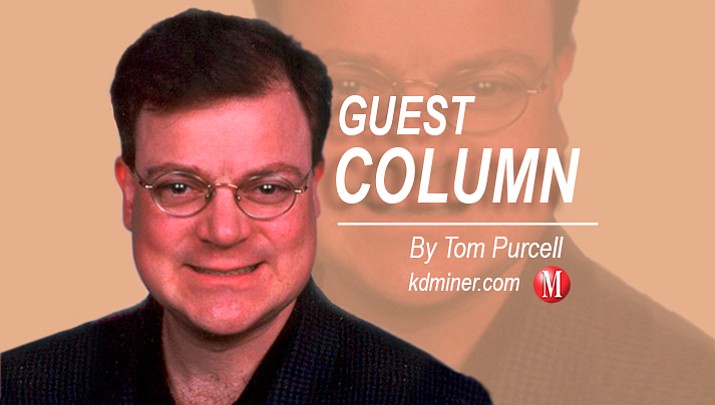 Earmarks are back and they’re costing American taxpayers a bundle.

In case you’ve forgotten, earmarks, says FactCheck.org, “are government funds that are allocated by a legislator for a particular pet project, often without proper review.”

Often attached to the 12 large appropriation bills that Congress by law is supposed to pass each year to fund the federal government for the next year, earmarks tend to be concealed.

That way, members of Congress from both parties can slip in funding for pricy or dubious projects in their districts or states that benefit themselves politically and, for the most part, nobody notices.

People and the media especially don’t notice earmarks when Congress fails to establish a proper budget for each of the 12 separate appropriation bills — something it has managed to do only three times in the last 47 years, most recently in 1997.

What Congress usually does is wait until the last minute and then lazily bundle the 12 funding bills into a single massive “omnibus” spending bill, such as the stinker that was just passed to fund the government in fiscal 2023.

That $1.7 trillion monstrosity is 4,155 pages long and filled with 7,200 earmark projects costing $15 billion that, like the rest of the budget, nobody had time to review and question before hastily voting “aye!”

The spending on earmarks was less than 1% of the cost of the overall omnibus bill.

But the danger is that the earmarks can be used to persuade – bribe? – legislators to support massive bills that do spend ridiculous amounts of money and keep our $31 trillion in government debt ballooning.

An omnibus bill also allows a lame-duck Congress to “pass” legislation it wanted to pass in 2022 but couldn’t – legislation that should be debated and voted upon in the light of day, but was not and never will be.

According to the Wall Street Journal, the omnibus bill included sizable changes to retirement savings rules, cosmetics regulation, Electoral Count Act reform, healthcare and goodness only knows what else.

To be sure, earmarks — euphemistically referred to by our government as “Community Project Funding” — can fund useful or worthwhile projects, such as improvement to medical care, education and other important services.

But they are just as likely to fund things they have no business funding.

According to Reason magazine, the omnibus bill President Biden just signed earmarks $750,000 for fire alarm modernization at the Metropolitan Opera, funds the creation of a Ukrainian Independence Park, whatever that is, and will spend more than $3.6 million to build a Michelle Obama Trail.

Actually, I favor borrowing money to build such a trail, as it well may be our only opportunity to tell our legislators to take a hike!

You’d think Republicans — the party that pretends to be for fiscal responsibility and against wasteful spending — would understand the dangers of earmark bribery. You’d think they would vote to ban them.

In fact, Republicans did just that in 2011. But House Republicans voted to reverse their ban in March of 2021.

And this past November, House Republicans voted by a 158-52 margin against a bill that would have banned earmarks again in the new118th Congress, in which they will hold the majority.

I suppose the best we can hope for, then, is that House Republicans will be only slightly less reckless with earmark bribery than the 117th Congress, which was the most recklessly spending Congress in U.S. history.

But considering that Republicans were rewarded with almost half of the earmark largesse packed into the latest omnibus bill, I have my doubts.