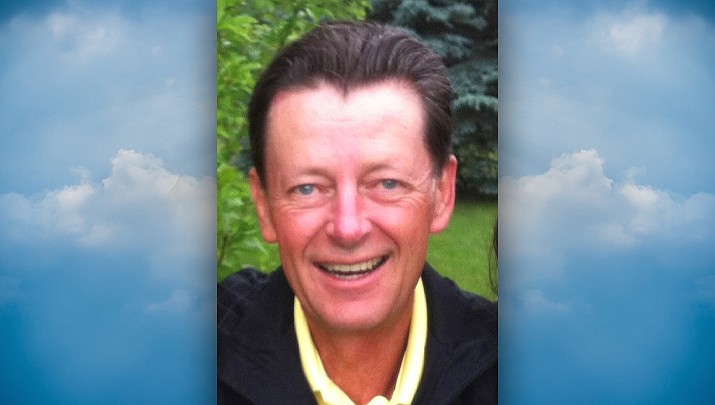 Dennis Lane Maier was born March 21, 1954, to Ed and Norine Maier in Newcastle, Wyoming, and passed away Dec. 15, 2022, in Phoenix after a difficult battle with cancer. Dennis was a long-time resident of Kingman, Arizona.

Dennis moved from Wyoming to Plentywood, Montana with his parents and two younger brothers in 1968. He was a two-time All-State quarterback and a member of three state championship track teams, including in 1972 when he and three others set the record for the 800-meter relay that still stands, and a two-time All-State trombone player in Plentywood, which is also where he met his future wife, Julie Johnston.

After graduating from high school in 1972, he went on to the University of Montana to study and graduate in 1977 with a Bachelor’s of Science in pharmacy.

Dennis and Julie were married in 1975 in Plentywood, then moved to Havre, Montana after graduating college.

It was there they had their first daughter, Meghan, in 1986. After an unsuccessful attempt to purchase a pharmacy in Lewistown, Montana, Dennis and Julie took a leap of faith from an ad in the newspaper to move to Kingman, Arizona for Dennis to work at Kingman Regional Medical Center. That is where they had their second daughter, Rachel, in 1988. Dennis started working for Uptown Drug in 1990 until he retired in December 2019.

He was an avid golfer and enjoyed many, many hours on the golf course, where he was affectionately nicknamed Quaalude. As one friend so aptly put it, Dennis never failed to make you laugh, or to make you think.