Longoria to get $4M from Diamondbacks 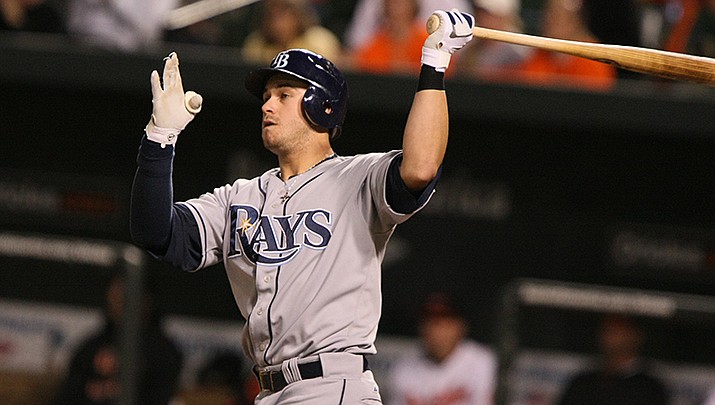 The Arizona Diamondbacks and aging slugger Evan Longoria have agreed to a one-year deal. (Photo by Keith Allison, cc-by-sa-2.0, https://bit.ly/3ZeISth)

PHOENIX – Evan Longoria is guaranteed $4 million in his one-year contract with the Arizona Diamondbacks, and the three-time All-Star third baseman can earn an additional $1 million in roster bonuses.

The 37-year-old Longoria is a 15-year veteran who spent his first 10 seasons with the Tampa Bay Rays and the last five with the San Francisco Giants.