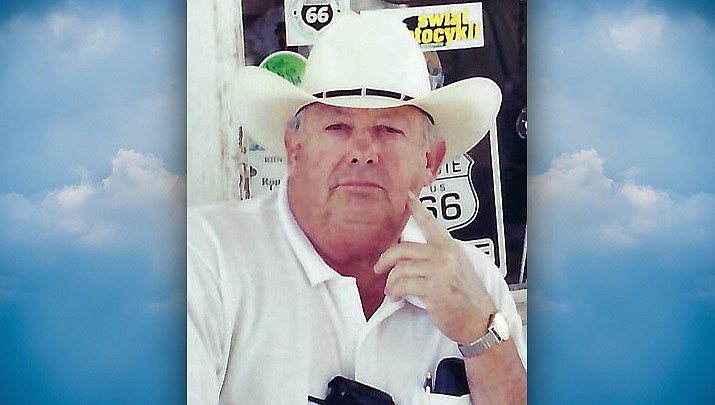 B. Marc Neal, 82, passed in the early hours of the first day of 2023 at Sunrise Hospital in Las Vegas, Nevada.

Mr. Neal was born in Kingman, Arizona on Dec. 4, 1940, to Claude K. and Rita B. Neal. His grandparents were among the first ranchers to settle in Mohave County in the 1870s. He was a fourth-generation rancher and part of a historical ranching family in Mohave County.

He was raised on his parents’ ranches in the Hualapai Valley and Hackberry. Upon graduating from Kingman High School, he attended ASU. After college he returned to Kingman to work the family ranches and water utility business. In addition to his full-time ranching career, he served on the Arizona State Parks Board and was instrumental in bringing the London Bridge to Lake Havasu. He served on the Mohave County Divers Posse and was a longtime member of Search and Rescue.

Marc started his own family when he married Pam Jones of Bullhead City, Arizona in 1961, raising their sons Rick and Mike. He later married Freeda Rist, rounding out the family with their daughter, Dawn. They were married for 35 years until her passing in 2013. He spent the later years of his life with Elaine Nelson until her passing in 2022.

He was an avid scuba diver and instructor with an adventurous soul and loved the outdoors. He enjoyed all water sports from water skiing to boating, sailing and fishing. He also enjoyed camping and hunting. Some of his fondest memories were of hunting trips with his sons, grandsons and friends.

He had a love for flying, and spent countless hours flying ultralights and small planes. Marc spent over a decade during the summers on the Oregon coast, boating, crabbing, clamming, riding bikes and enjoying many happy hour celebrations socializing with friends in Netarts Bay, Oregon. He enjoyed the fresh air and the spectacular sunsets, although as he said, “none could compare to an Arizona sunset.”

Marc is survived by his three children and their spouses, Rick and Teresa Neal of Las Vegas, Mike and Amber Neal of Kingman, and Dawn and Casey Wright of Fort Worth, Texas. He is also survived by his brother Richard Neal of Kingman. Marc has 11 grandchildren – Austin, Alexandra, Marcus, Kenny, Sarah, Sydney, Wyatt, Kallie, Kaesha, D’alene and Cora; and seven great-grandchildren.

Marc had a great love for the Hualapai Valley, the town, and the people of Kingman. He is a dying breed of many generations of Neals in the cattle ranching business in Arizona. Kingman, Mohave County and the State of Arizona have lost a great man and he will be missed tremendously. We will continue honoring his legacy and forever remember what a great man he was.

Internment will follow at Mountain View Cemetery. If people would prefer donating to a charity in lieu of flowers, we would suggest The Veterans Council.