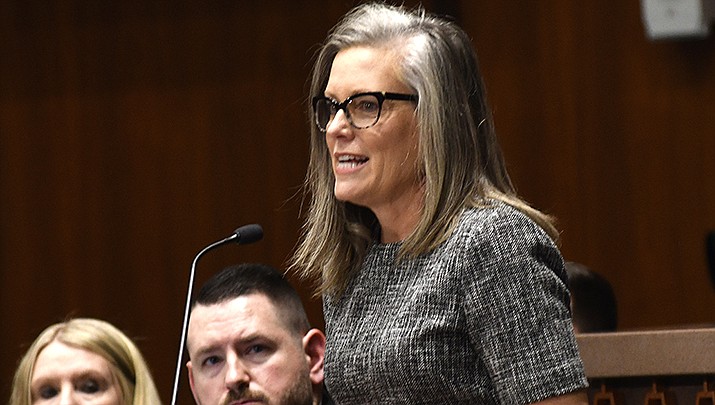 Arizona Gov. Katie Hobbs has announced the hiring of new directors for the Arizona departments of corrections and public safety. (File photo by Howard Fischer/For the Miner)

Gov. Katie Hobbs announced Tuesday that Ryan Thornell will take over the DOC while Tempe Police Chief Jeffrey Glover will be the next head of the DPS.

Thornell has worked in corrections for more than 18 years and has been deputy commissioner of the Maine Department of Corrections. Thornell will begin his Arizona job on Jan. 30.

He replaces former director David Shinn, who retired Jan. 4 after being the state’s DOC director since late 2019.

Glover replaces DPS. Col. Heston Silbert, who retired Jan. 6 after serving as DPS director since 2020 and deputy director for five years before that.

Glover joined the Tempe Police Department in 1999 and retired as a commander in February 2020 before returning eight months later as interim chief of police.

Glover became Tempe’s first Black police chief in August 2021 and he will be the first Black to head the DPS.

“I have the utmost confidence that these directors have the expertise and wherewithal to take on the challenges and opportunities in their departments,” Hobbs said in a statement.