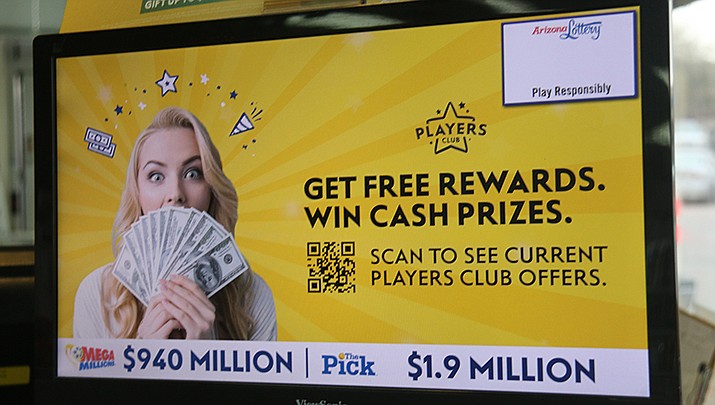 Arizona Lottery officials have halted all ticket sales and prize redemptions after a system to crash. (Miner file photo)

PHOENIX – Arizona Lottery officials have halted all ticket sales and prize redemptions after an update to install two new games caused the system to crash.

Officials said Friday that they were working with the company that operates the gaming system to bring it back online. The outage began Thursday.

Officials said they have no estimate for when the problem will be fixed and sales can resume.

Arizona Lottery Executive Director Gregg Edgar in a statement Friday apologized to player, retailers and those who benefit from ticket sales.

Officials said lottery drawings and results still were being posted to the Arizona Lottery’s website, and tickets purchased before the outage are valid but cannot be redeemed until the system is back online.

Arizona Lottery sales have exceeded $1 billion annually for four consecutive years. During the fiscal year ending June 2022, the lottery reported more than $1.36 billion in sales and the transfer of nearly nearly $270 million to education, conservation and economic development programs as mandated under state law.

TONOPAH – Vice President Kamala Harris and two cabinet secretaries on Thursday celebrated the start of construction of a new high-capacity power transmission line between Arizona and California, which they hope will lead to future solar energy farms in the desert outside Phoenix.

The power line known as the Ten West Link will stretch 125 miles connecting electrical substations in Tonopah, Arizona west of Phoenix and Blythe, California on the border between the two states.

President Joe Biden’s ambitious plan to move the nation toward more renewable energy requires thousands of miles of new transmission lines to get power from the vacant lands where solar, wind or geothermal energy can be harnessed to cities where it is used. Administration officials say a massive, high-capacity line stretching across a sunny stretch of desert will encourage investors to drop money into large-scale solar fields in Arizona’s sunny desert to produce power for Phoenix and Southern California.

More long-distance power lines also allows for the broader use of renewables even when the sun isn’t shining or the wind isn’t blowing in a particular location and helps a renewable-heavy grid withstand the vagaries of weather patterns.

Biden has set a goal of slashing planet-warming greenhouse gas emissions in half by 2030. A climate bill enacted last year includes $3 billion for new transmission lines, and Granholm said the administration is working to speed up approvals.

California has its ambitious climate goals, including a plan to achieve carbon neutrality by 2045. The implementation of the plan hinges on the state’s ability to transition away from fossil fuels and rely more on renewable resources for energy.