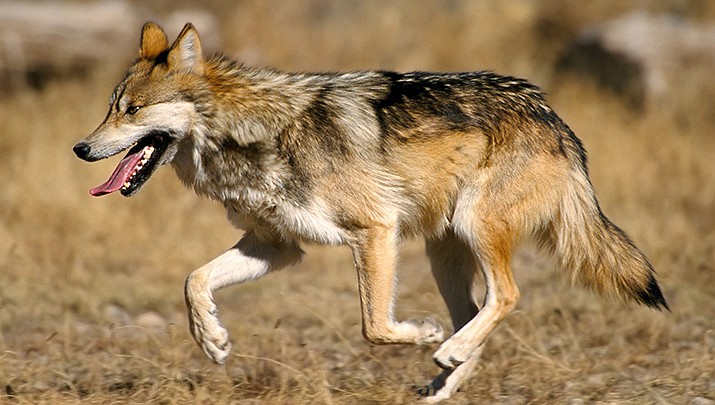 SANTA FE, N.M. – A female Mexican gray wolf has roamed beyond the endangered species’ recovery area into the more northern reaches of New Mexico, according to authorities.

That has reignited a debate over whether the predators should be confined to a certain stretch of the southwestern U.S. as wildlife managers work to boost the population.

Conservation advocates on Thursday asked the U.S. Fish and Wildlife Service and the New Mexico Department of Game and Fish to allow the wolf to continue on her journey beyond the arbitrary Interstate 40 boundary that currently limits the species’ recovery.

Authorities said a recent map showed the wolf near Taos and south of the Colorado border. The wolf, from the Rocky Prairie Pack of Arizona, has been named “Asha” by schoolchildren.

The wolf’s name, means ‘hope’ in the Sanskrit language.

Wolf-livestock conflicts have been a major challenge of the reintroduction program over the past two decades, with ranchers saying the killing of livestock by wolves remains a threat to their livelihood despite efforts by wildlife managers to scare the wolves away and reimburse some of the losses.

Collared wolves have trekked north of I-40 only a handful of times since 2015, when the Mexican Wolf Experimental Population Area was established, according to the Fish and Wildlife Service.

Environmentalists have been fighting in federal court to overturn a requirement that the Fish and Wildlife Service capture wolves that roam north of I-40.

The Mexican wolf is the rarest subspecies of gray wolf in North America. According to the most recent survey released in early 2022, there were at least 196 Mexican wolves in the wild in New Mexico and Arizona. It marked the sixth straight year the population had increased.