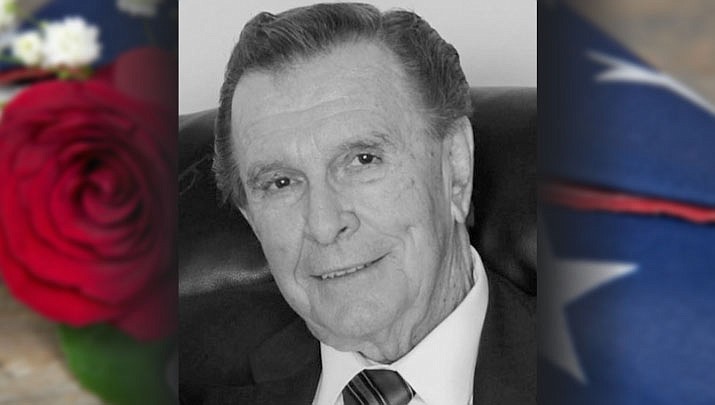 His family surrounded him at the time of his passing and gave him a tender farewell.

John was born on March 18, 1942, in Panguitch, Utah, to Arvel Henrie and Dawna Perkins. John’s mother, Dawna, passed away when he was eight.

The family moved to Elsinore, Utah, and then to Kearns, Utah, after Arvel married Ione Torgersen.

John split his youth between Kearns and Panguitch, where he lived with his Grandma Perkins on the family ranch. He developed a love for hunting, fishing and riding horses.

In June 1960, John joined the United States Marine Corps as an aircraft sheet metal mechanic. In 1964, John met his sweetheart Melissa Joyce Patch. John and Melissa were married on Oct. 15, 1965. John worked at Hill Airforce Base but moved to Kingman, Arizona, to take over Daze Mayflower Moving and Transportation with Melissa’s family. John sold the Mayflower business and became a general contractor building custom homes throughout Utah until the housing market declined. John’s love for driving led him to a career at the Utah Transit Authority as a bus driver. He loved his routes and built friendships with many of his regular riders.

John and Melissa shared 50 years of love and companionship while raising three beautiful children. John loved spending time with family and made friends wherever he went. John is survived by Dawna and Bill Erickson, Tammy and Ryan Houston, eight grandchildren and seven great-grandchildren, with one on the way. We find comfort in knowing those who have left before are now welcoming him home. He is preceded in death by Melissa Joyce Henrie (wife), Arvel Henrie (father), Dawna Perkins (mother), Vera Perkins (grandmother), Ione Torgersen (stepmother), Cami Marshall (sister), and his dear son Brian Jack Henrie.

Funeral services will be held Tuesday, Jan. 24, at noon at the Northfield Fourth Ward located at 408 West, 1300 North, Pleasant Grove, Utah, where a viewing will be held prior to the service from 10 a.m. to 11:30 a.m. Interment with military honors will be in Pleasant Grove City Cemetery. The following link has been provided to view the services via livestream: https://my.gather.app/remember/john-henrie.

Funeral directors are Utah Valley Mortuary. Condolences may be expressed to the family at www.uvfuneral.com.