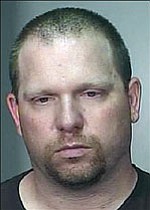 A Kingman man will serve 30 years in prison and a lifetime probation sentence despite an effort to change his plea at the last minute. Related stories on this site: Accused predator works on plea bargain Plea offered to accused pedophile Man says he's not guilty of sex crimes Mohave 911: 8/22/08