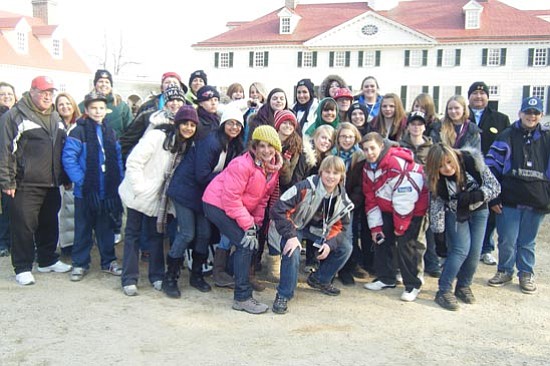 Twenty-seven Kingman Academy of Learning Middle School students traveled with teachers and parents to witness first-hand the inauguration of President Obama in Washington, D.C. on January 20th. In addition, they spent several days visiting Washington's museums, historical sites and participated in a ceremony presenting a KAOL wreath to be laid at the Tomb of the Unknowns. These photos were taken by several students and/or parents during the trip.