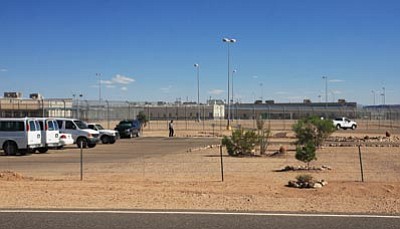 117 killers housed in Golden Valley
Province, who is still on the loose, stabbed a man 51 times

Johnathan Doody was found guilty 17 years ago of killing nine people at a Phoenix-area Buddhist Temple. The victims were robbed, lined up and shot execution-style.Doody was one of two men convicted in the 1991 killings, which remains one of the worst mass-murders in Arizona history. Since June 30, he has been housed at the Arizona State Prison Complex-Kingman in Golden Valley.