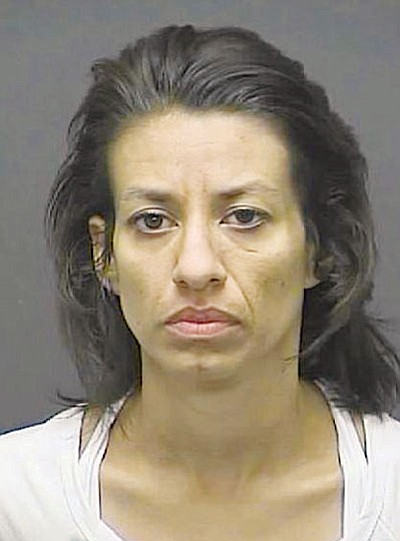 A Mesa woman was sentenced to three years in prison Tuesday for trying to smuggle more than two ounces of heroin into the Arizona State Prison in Golden Valley.Christina Marie Cisneros, 33, of Mesa was arrested April 16 after a K-9 dog checking visitors alerted to the woman, according to the Sheriff's Office.