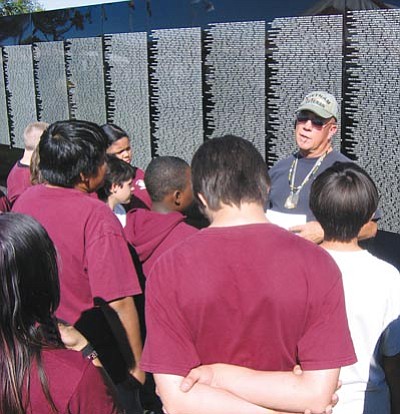 AHRON SHERMAN/MinerRalph McKie speaks about his Vietnam War experiences to a group of Kingman Middle School students in front of the Moving Wall Friday.

On one end of the Moving Wall is the name of John H. Anderson Jr., on the other end is the name of Jessie C. Alba, and in between are the names of 58,265 members of America's military who died during the 20-year conflict known as the Vietnam War.