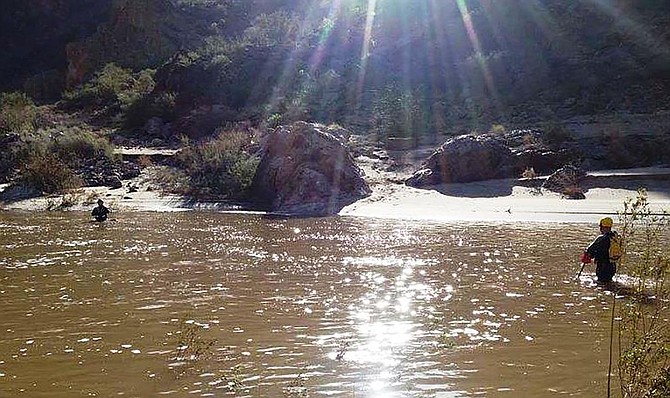 Members of the sheriff’s Search & Rescue unit search Burro Creek for a Kayaker who went missing after a man fired a gun at the group he was with. The man was later found unharmed. The alleged shooter was arrested.

A Wikieup man is in jail after he allegedly shot at kayakers on Burro Creek Saturday.