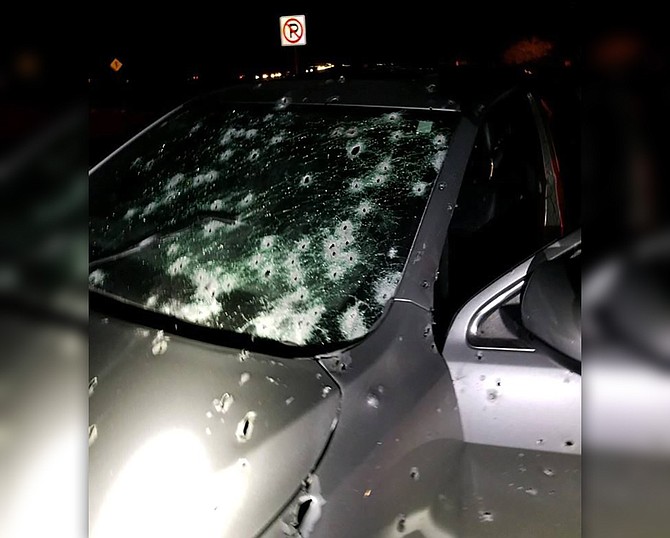 According to the La Paz County Sheriff's Department, officers responded to a shooting incident at mile post 63 on I-10, about 9 miles west of the Maricopa County Line Tuesday morning, Nov. 28, 2017. The unidentified suspect is believed to be responsible for a separate shooting in the Phoenix area. (Photo courtesy of La Paz County Sheriff's Department)

Reports: Suspect severely injured after shootout with officers on Interstate 10

By For The Daily Miner November 28, 2017
Tweets by @DailyMiner
Event Calendar