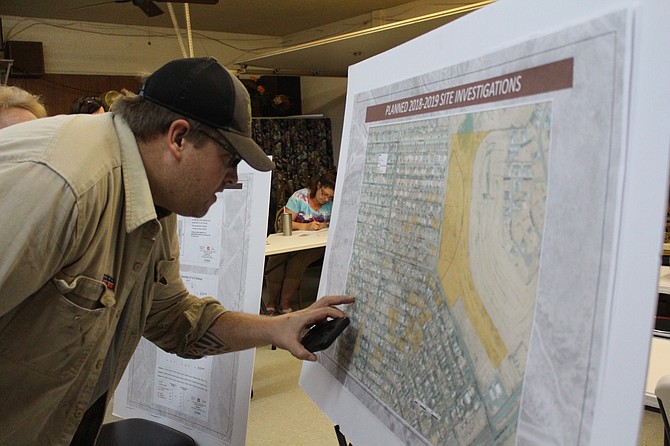 More than 100 people showed up at the U.S. Army Corps of Engineers meeting to learn about the investigation and soil sampling from property that was once part of a World War II gunnery training range.