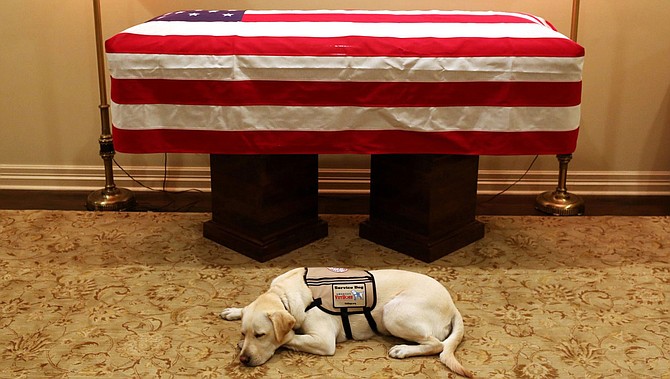 George HW Bush flies back to capital to lie in state

Sent off with a 21-gun salute, George H.W. Bush left his beloved Texas for the final time Monday, headed to Washington as the nation paid tribute to the 41st president for a lifetime of public service that began in the Navy during World War II, ended with four years as president and was characterized throughout by what admirers say was decency, generosity and kindness.