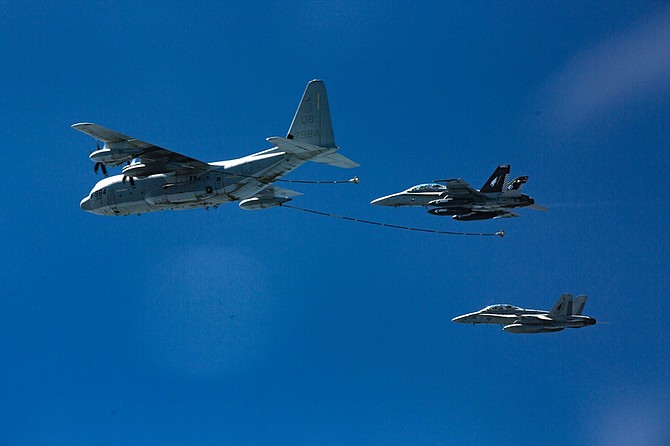 A Marine refueling plane and a fighter jet crashed into the Pacific Ocean off Japan's southwestern coast after colliding early Thursday, and rescuers found two of the seven crew members, one of them in stable condition