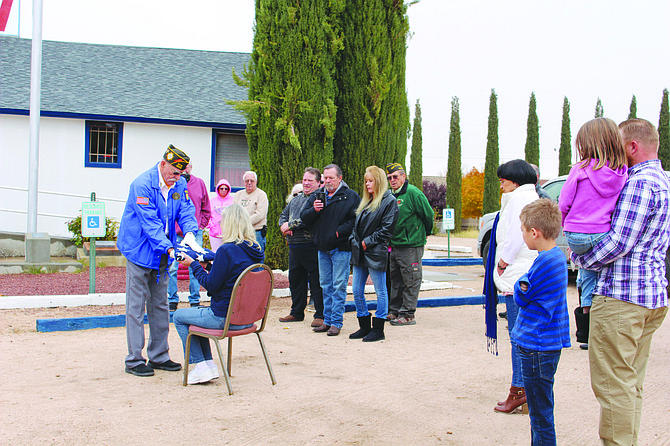 About two dozen patriots showed up at VFW Post 3516 on an appropriately cloudy and rainy Friday afternoon to pay tribute to the 2,403 people who lost their lives when the Japanese bombed Pearl Harbor on Dec. 7, 1941.