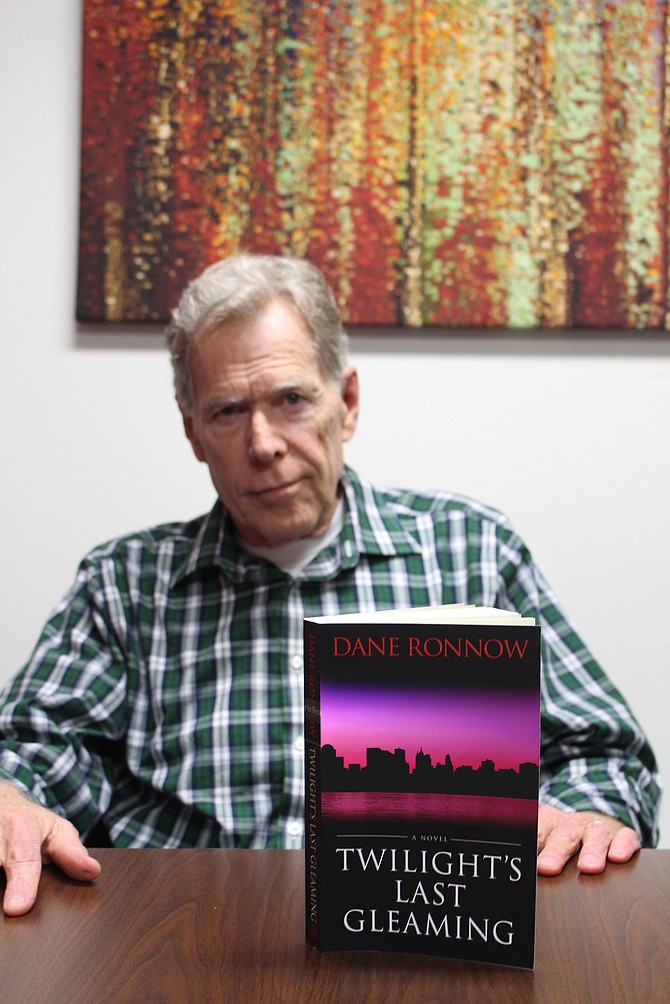 Kingman's Dane Ronnow shows a copy of his book, "Twilight's Last Gleaming," a thriller about the nation's electrical grid and infrastructure being completely shut down after a nuclear attack. The book goes on sale Saturday for $14 on Amazon. (Photo by Hubble Ray Smith/Daily Miner)

In "Twilight's Last Gleaming," North Korea and Iran join forces with a goal of shutting down America's electrical grid and its national infrastructure.