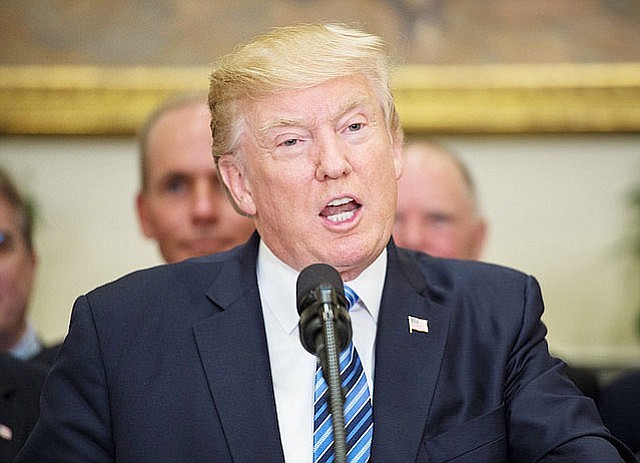 Poll shows most in US want changes in how government works

After more than two years of the Donald Trump presidency, Andrea Petrusky is ready for some fundamental changes in the way the United States government works.

President Donald Trump has signed a plan to cut back on the use of water from the Colorado River, which serves 40 million people in the U.S. West.

The Pentagon sent a 20-page list of military construction projects to Congress on Monday that might be slashed to pay for President Donald Trump's wall along the Mexican border.

Former FBI Deputy Director Andrew McCabe said in an interview that aired Thursday that he moved quickly after his boss was fired to protect an investigation into President Donald Trump's potential ties to Russia and prevent it from being shut down in case he, too, was dismissed.

The Senate's top Republican on Tuesday pushed congressional bargainers to reach a border security deal without first getting President Donald Trump's approval, a month after the impulsive president scuttled an apparent bipartisan deal and triggered a historically long federal shutdown.

A federal subpoena seeking documents from Donald Trump's inaugural committee is part of "a hysteria" over the fact that he's president, White House press secretary Sarah Sanders said on Tuesday.

Pedro Gonzalez has faith in Donald Trump and his party.