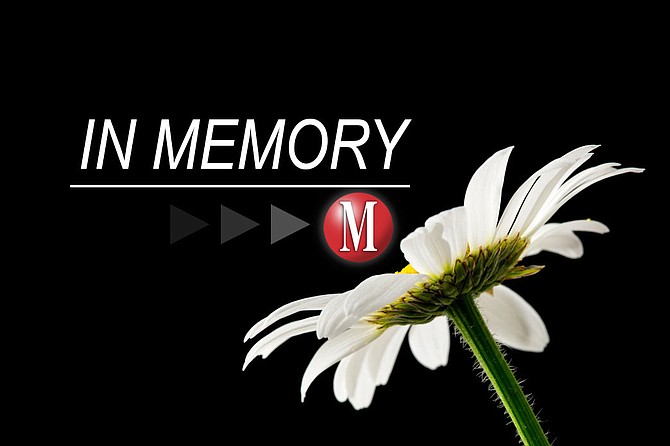 A Celebration of Life Memorial Service will be held for John Farinelli on Saturday, May 7, 2022

Loretta Joan Reaves went to be with our Lord the morning of Nov. 19, 2021 while in the loving arms of her husband.

Patricia Sylvester, Kingman resident for many years, passed away on Oct. 15 with her family by her side.

Ann Leschnik was born in 1938 in the small upstate town of New York, called Newburgh, near West Point on the Hudson River.

Gary Burke, our beloved father, husband, brother, grandfather, and great grandfather, went home to heaven on July 6, 2021, at the age of 82.

On July 4 from 11 a.m. to 2 p.m. Santa James Memorial will be held at the Golden Valley VFW where he played music for quite some time.

Surrounded by his children and three of his nine grandchildren, Harlon Charles Huggins passed from this life Dec. 5, 2020.

Pearl Else Turner was born Jan. 15, 1944 in Charlotte, North Carolina.

Deana Kaye McCaughey-Cottle-Chunn, 54, left us June 6, 2019, with her family by her side at Hospice of the Valley in Surprise, Arizona.

Jacqueline Morris Lawrey was born in Phoenix, Arizona on Dec. 18, 1929

Dale Albert Kirchner, 64, passed away at his home in Kingman, Arizona with his mother and daughter at his side on Feb. 13, 2019. He was born on Aug. 20, 1954 in Long Beach, California to Daniel and Sandra (Bullock) Kirchner.

There will be no services are Lee’s request.

Purdue super fan who inspired with fight against cancer dies

Tyler Trent, a former Purdue University student and college football super fan who inspired many with his battle against cancer, died Tuesday. He was 20 years old. His family confirmed the death to The Indianapolis Star.

Michael Patrick Murphy, 69, of Kingman, passed away Dec. 7, 2018 at home surrounded by his family. He was born April 2, 1949 to George and Evelyn Murphy of Akron, Ohio. Michael joined the Navy after high school where he served at sea aboard the USS Forrestal and also attended both Fire Control Maintenance School and Electronic Technician Phase I and II school. After leaving the Navy, Michael was employed by the Civil Service working for the Naval Surface Warfare Systems in Port Hueneme, California until his retirement after 27 years. He was a loyal member of VFW Post 3516 and spent many happy hours enjoying the activities and comradery of his fellow military friends. Michael is survived by his wife of 22 years; Sheila Murphy, sons; Brian and Scott, stepchildren; David, Tony and Tara, sister; Marguerite and nine grandchildren. He was loved dearly by those who knew him and will forever be truly missed. At his request there will be no services.

It is with great sadness the family of James Kaleiheana Luahiwa announces his passing after his yearlong battle with cancer on Monday, July 23, 2018. James was 82 years old.

Services will be held April 7 at the Kathryn Heidenreich Adult Center in Kingman, Arizona from 1-3 p.m.

Garry Riggenbach resided in Kingman the majority of his life. He unexpectedly passed away Feb. 27, 2018 at the age of 65.

Charles James Hedges died at the age of 86