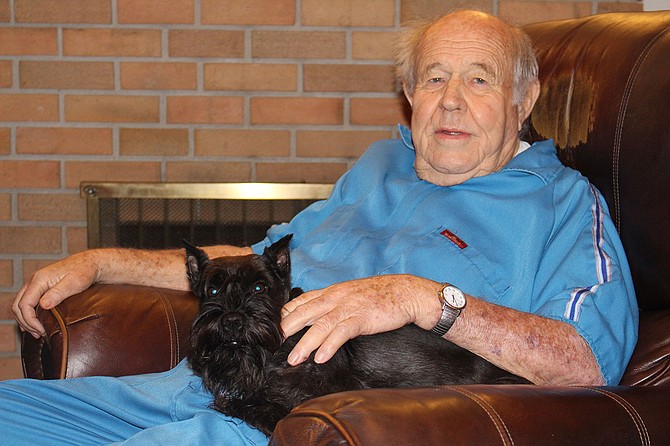 Eddie Pattillo, with his dog, Sally, is among the survivors of Mohave County Downwinders, a group of people who were exposed to low doses of radiation during testing of nuclear weapons in Nevada during the 1950s.

Eddie Pattillo developed prostate and bladder cancer in 1997, then a few years later doctors removed colon cancer that had metastasized to his liver.