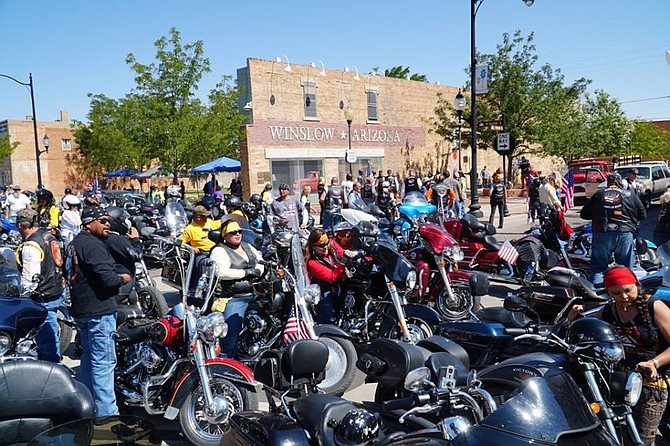 The Patriot Tour makes its way across Arizona in 2017, with a large gathering in Winslow, the final stop before turning the flag over in New Mexico. (Photos courtesy of Sandy Bitzer)

The Nation of Patriots formed in 2008 and launched their Patriot Tour the next year, carrying the U.S. flag through 48 states. This year’s tour started May 19 in Beaver Dam, Wisconsin.