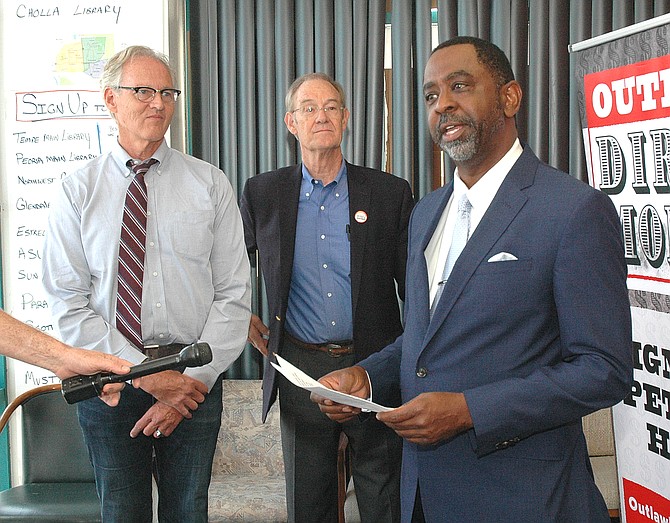 Republican Vernon Parker explains Wednesday why he believes requiring the public disclosure of all sources of money into campaigns could make a difference in the outcome of elections. With him are independent Paul Johnson and Democrat Terry Goddard who also support the initiative. (Capitol Media Services photo by Howard Fischer)

Republican Vernon Parker said Wednesday he supports an initiative to outlaw “dark money’’ in political campaigns because he knows what it’s like to be the victim of it.

By Howard Fischer, for the Miner June 7, 2018
Tweets by @DailyMiner
Event Calendar