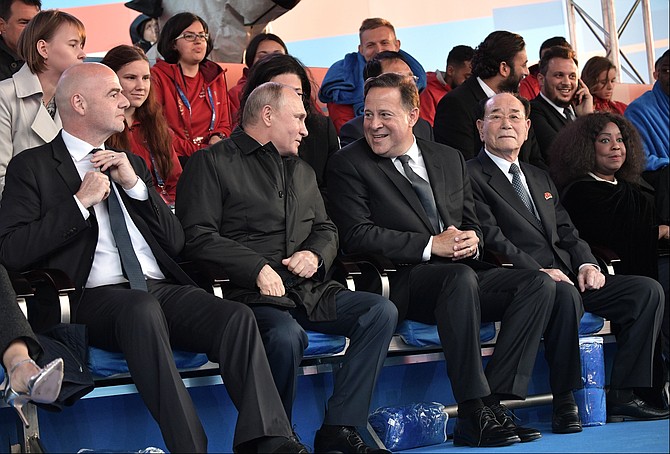 Russian President Vladimir Putin claims soccer and politics have nothing to do with each other, yet the World Cup he kicked off Thursday is about much more than sports.