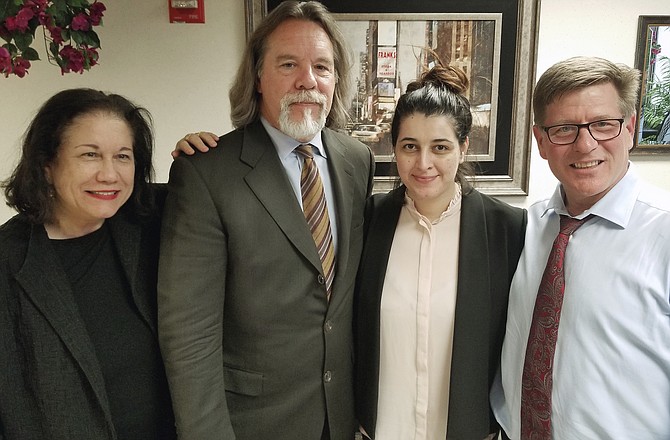 In this Friday, March 30, 2018 photo released by Susan Clary, Noor Salman, second from right, and her attorneys pose for a photo after Salman was acquitted of lying to the FBI and helping her husband attack the Pulse nightclub in Orlando, Fla. The attorneys, Linda Moreno, Fritz Scheller, Charles Swift pose with Salman from left. (Susan Clary)