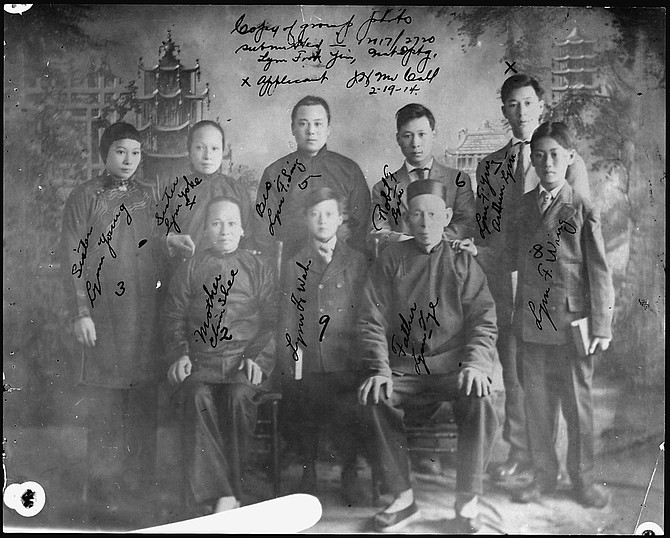 In addition to records generated by federal agencies, immigration agency investigative case files related to the Chinese Exclusion Acts (1882-1943) frequently contain documents collected by the agencies as evidence, such as individual and family photographs. This is one of two photographs of the family of Lim Lip Hong, also known as Lim (or Lym) Tye," found in this case file, which concerns the departure of aviator Lim Lip Hong, also known as Arthur F. Lym, for China. The photograph was "brought forward" with other documents into a new case from an earlier departure investigation case file. The older case covered a previous trip from which the subject, known on his business card as "Aviator, skilled in Aero and Hydro Flying, FAI License 245," returned safely to the U.S. (Department of Justice, National Archives, public domain)