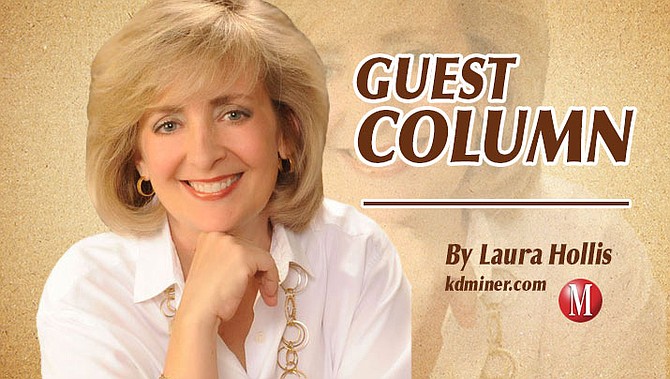 Column | We are living in a ‘loaves and fishes’ moment

There are three accounts in the New Testament of Jesus Christ feeding a multitude of people with a handful of loaves of bread and a few small fish.

After Super Tuesday, all the headlines are heralding former Vice President Joe Biden’s remarkable “comeback” from dead in the water to front-runner and presumptive Democratic nominee.

At the heart of the rapidly spreading support for “socialism” in the United States is some pretty profound ignorance about business in the country.

Column | ‘Art’ and its ugly consequences

Fresh on the heels of the Harvey Weinstein scandal and amidst the #MeToo movement the scandal spawned, the story of financier and sex offender Jeffrey Epstein is in the headlines again.

Column | Moscow in the Valley

Project Veritas founder James O’Keefe has released another damning video and leaked documents with further evidence of the extent to which tech lefties will go to deprive Americans of free speech and access to information.

The past week has provided plenty of proof that beating Donald Trump in 2020 is going to be a lot harder than the Democrats (and their cheerleaders in the media and Hollywood) would like to believe.

Jon Stewart is best known as a comedian and former host of “The Daily Show.” Virtually all talk show hosts draw from the well of politics. But Stewart’s tenure took that to a new level, and he made no bones about his distinctly progressive leanings.

When heroes have feet of clay

In one of the most compelling scenes of the 2006 movie “Bella,” a handsome and charismatic soccer player named Jose is driving through a New York City neighborhood with his manager, Eduardo, on his way to sign a multimillion-dollar professional soccer contract.

Perhaps because I was already peeved by the photos of the Met Gala’s vulgar display that were plastered all over the Twitterverse, I found myself further annoyed by promoted commercials in my Twitter feed pitching Coco Crush jewelry from Chanel, and “T” bracelets and other wearable trinkets from Tiffany & Co.

Democrats and progressives have been throwing temper tantrums about Donald Trump’s election to the presidency since election night 2016.

By Laura Hollis, National Columnist May 6, 2019

The brilliance of our country’s founders is revealed in many things but especially the checks on power built into our system of government.

Column | Helping instead of hazing

Last month, in the wake of the Felicity Huffman/Lori Loughlin/et al. college admissions scandal, I wrote a column about Americans’ outdated obsession with so-called “elite” colleges and universities.

“Unplanned,” the movie adapted from the best-selling book written by Abby Johnson, opened on March 29 and brought in nearly $6.4 million in its opening weekend – more than double what was predicted and an astonishing amount for a faith-based film.

Column | Whether by money or merit, we will not be ‘ruled’

Call it karma, or poetic justice.For decades, athletes admitted to prestigious schools on scholarships have endured accusations (some, admittedly, justified) that they couldn’t cut it academically.

Earlier this week, Hillary Clinton put to rest any rumors that she would run for president a third time. "I'm not running," she announced.

Even as the public was discovering the truth, Smollett continued to maintain his innocence. “I swear to God,” he reportedly said to his castmates on the set of “Empire,” “I did not do this.”

If the latest policies advanced by prominent Democrats are any indication, the national party is going over a cliff: outrageous and extreme abortion legislation (enacted or proposed) in New York, Virginia and Rhode Island; the “Green New Deal”; Sen. Cory Booker’s meatless society; Sens. Kamala Harris’ and Kirsten Gillibrand’s determination to do away with private insurance.

A popular theme in the Twitterverse this week is “Journalism is dead.”

It is astonishing that in this day and age – after nearly 70 years of cable TV, 30 years of conservative talk radio, almost 30 years of the internet, two full decades of broadcast dominance by Fox News, a decade-plus of social media and multiple elections (2010, 2014 and 2016) in which the electorate sent a scathing rebuke to this country’s self-appointed elites – the professional left still thinks that it controls the message; that the truth is whatever they tell us it is, facts be damned.

Articles about the left’s hypocrisy and appalling double standards are barely newsworthy these days.

Column | The triumph of Tyler Trent

The Indianapolis Star (and many other national publications) ran a touching obituary for Tyler Trent, a 20-year-old Purdue University student and devoted Boilermaker football fan who lost his battle with bone cancer on Tuesday.

Column | The people’s revolutions against the global elites

Events taking place around the Western world have their roots in common trends and similar sentiments, but many people either don’t see it or don’t want to admit what it means

According to an NPR story this week, The Satanic Temple of Chicago paid to have a statue installed in the rotunda of the Illinois Capitol.

Column | Remember when technology was supposed to mean freedom?

The New York Times recently ran an article titled “How China Walled off the Internet.”

The new head of Planned Parenthood, Dr. Leana Wen, stated in a recent interview that she intends to expand the organization’s services and reach.

In a free democratic republic, public policy should be a matter of persuasion.