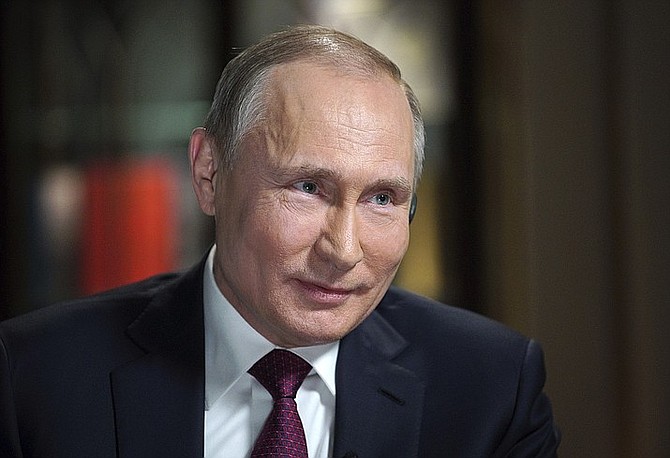 Western leaders and diplomats urged both sides to de-escalate the conflict, and the U.S. blamed Russia for what it called "unlawful conduct" over Sunday's incident in the Black Sea.
(Alexei Druzhinin, Sputnik, Kremlin Pool Photo)

Ukraine's president on Monday urged parliament to impose martial law in the country to fight "growing aggression from Russia," after a weekend naval confrontation off the disputed Crimean Peninsula in which Russia fired on and seized three Ukrainian vessels amid renewed tensions between the neighbors.