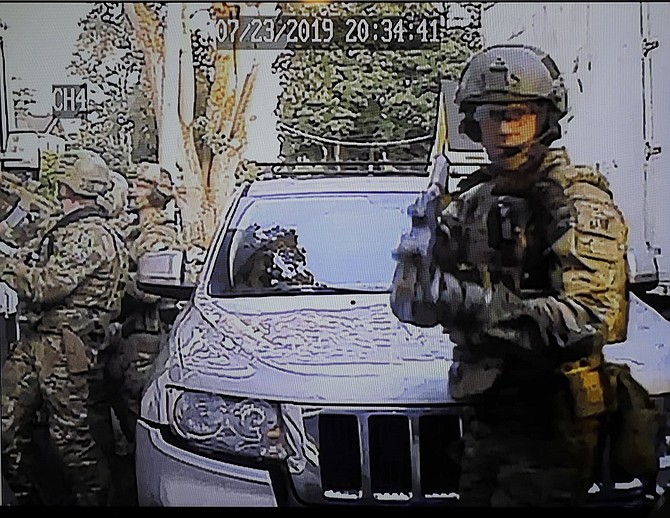 In this image made from a Monday, July 29, 2019, security camera video provided by a neighbor who has requested not to be identified, federal agents conduct a raid on the home of Paige A. Thompson in Seattle. Thompson is accused of accessing the personal information of millions of Capital One credit card holders or credit card applicants in the U.S. and Canada. The time and date stamp on the image is inaccurate, as the raid took place on Monday, July 29, 2019. (Courtesy Photo)