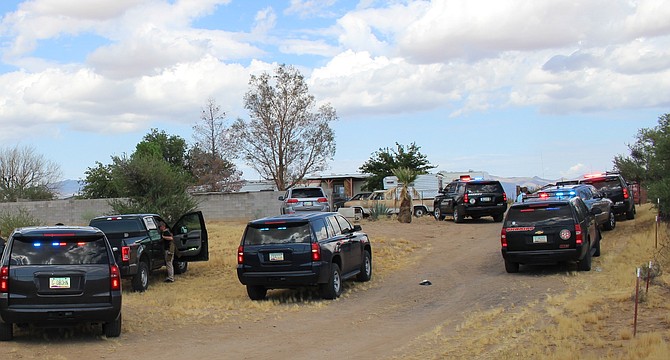 Initial investigations indicate that two males, who live on the same property, were arguing when the argument turned physical, leading to both men firing weapons at one another. (Photo courtesy of MCSO)

2 Golden Valley men injure each other in shooting