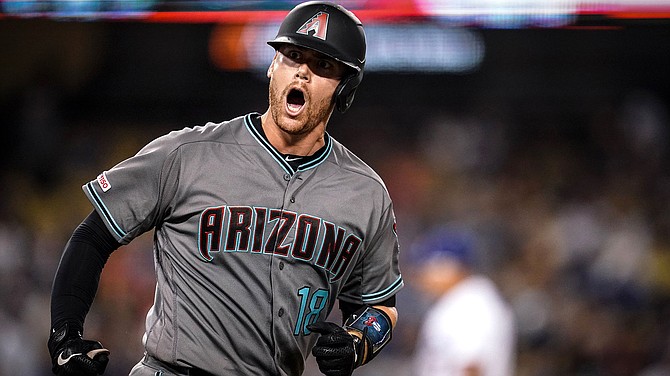 After Carson Kelly drove his tying shot to right off Dodgers closer Kenley Jansen, Arizona's catcher added a solo shot to left for the first multi-homer game of his career to lead the D-backs to a 3-2 victory over the Dodgers. (Photo courtesy of Arizona Diamondbacks)

Andrew Chafin pitched the 10th for the Diamondbacks, who ended the Dodgers' five-game winning streak and earned their fifth victory in six games thanks to Carson Kelly's heroics.