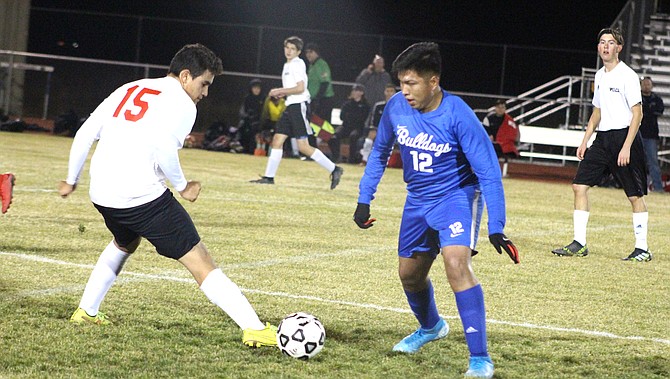 The final score may not have shown it, but the Lee Williams High School boys soccer team was in a battle with crosstown-rival Kingman High Tuesday, before a pair of late goals swelled the final tally to 5-0 at KHS.