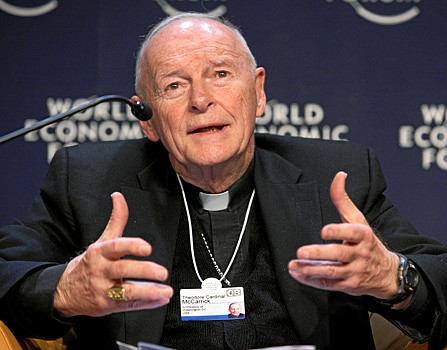 Former Cardinal Theodore McCarrick has been found guilty by the Vatican of sex abuse and defrocked. (Photo by Andy Mettler [CC BY-SA 2.0] of the World Economic Forum)

The announcement Saturday, delivered in uncharacteristically blunt language for the Vatican, meant that the 88-year-old McCarrick, the former archbishop of Washington, D.C., becomes the highest-ranking churchman and the first cardinal to be punished by dismissal from the clerical state, or laicization.