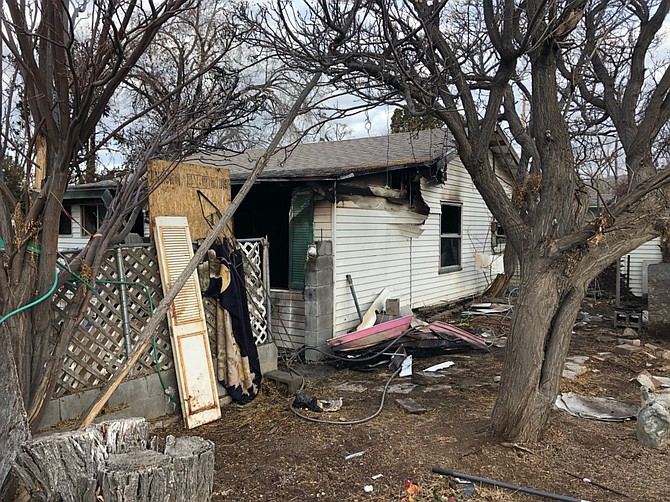 The aftermath of the house on Center Street that caught fire Tuesday, Jan. 8, 2018. The resident of the house was flown to a Las Vegas hospital, and the man lost three of his six dogs in the fire. (Photo by Shawn Byrne/Daily Miner)

Authorities say an older man was flown to a Las Vegas hospital, three dogs died, and three others were rescued as a result of a fire on Center Street