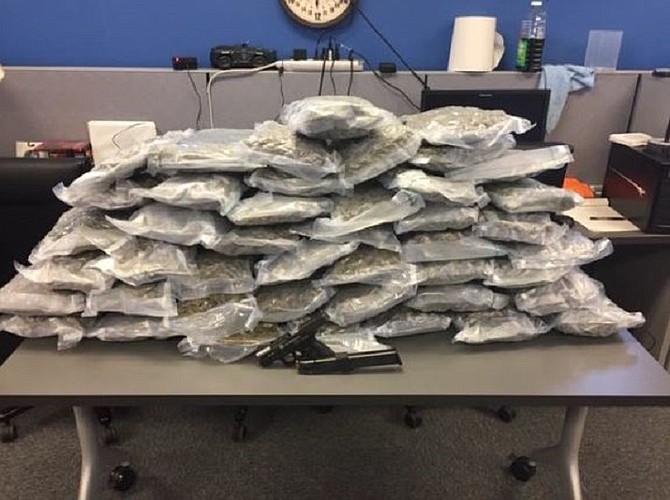 During the traffic stop, 47.6 pounds of marijuana was located in two large bags in the trunk of the Uber car.