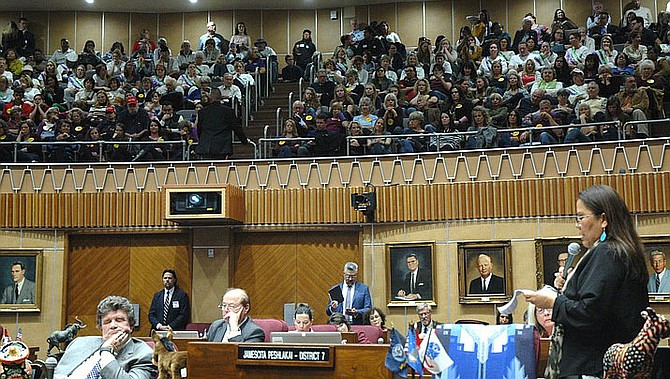 With a gallery packed with supporters and foes, Sen. Jamescita Peshlakai explains why she believes Arizona should ratify the Equal Rights Amendment. (Photo by Howard Fischer/Capitol Media Services)

The 16-13 vote against suspending the rules to permit a vote came after even two Republicans who are cosponsors of SCR 1009 refused to side with the Democrats.

By Howard Fischer, for the Miner March 14, 2019
Tweets by @DailyMiner
Event Calendar