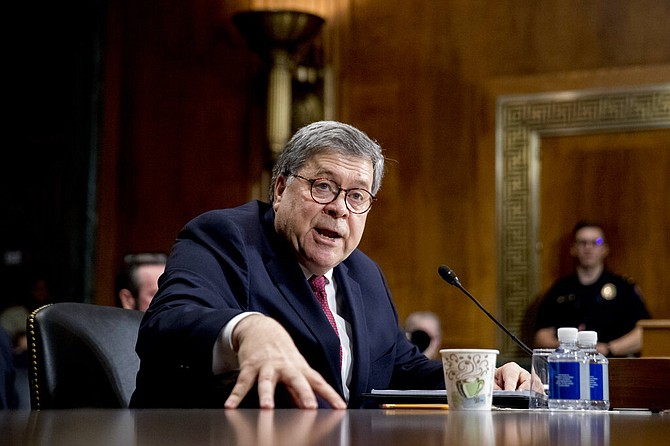 Barr besieged by allegations of being president's protector

Attorney General William Barr portrayed himself as an apolitical elder statesman at his confirmation hearing. He declared he'd rather resign than be asked to fire special counsel Robert Mueller without cause and insisted the prosecutor he'd known for decades would never involve himself in a witch hunt as the president claimed.