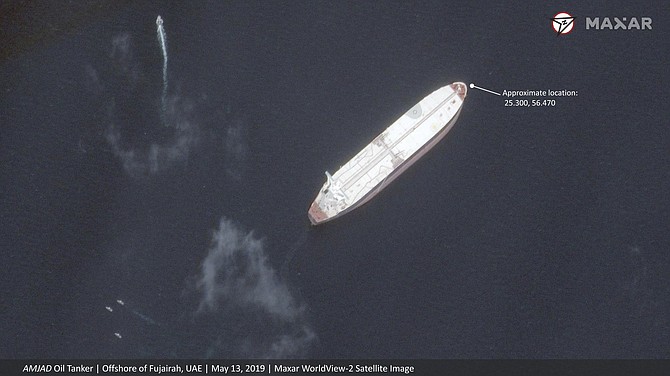 This satellite image provided by Maxar Technologies shows the Saudi-flagged oil tanker Al Marzoqa off the coast of Fujairah, United Arab Emirates, Monday, May 13, 2019. As many as four oil tankers anchored in the Mideast were damaged in what Gulf officials described Monday as a "sabotage" attack off the coast of the United Arab Emirates. (Satellite image ©2019 Maxar Technologies)