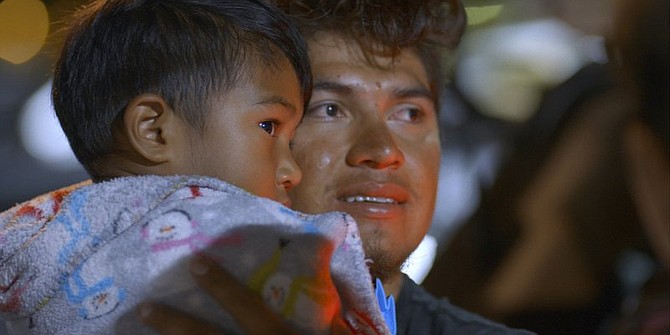 This image released by Netflix shows Luis Diaz, a migrant from Honduras who is living in the U.S. illegally, holding his son Noah in Kansas City, Mo., before the child and his mother are deported in a scene from the six-episode docuseries “Living Undocumented." (Netflix courtesy photo)

After two decades in the U.S., Alejandra Juarez thought she had it made.