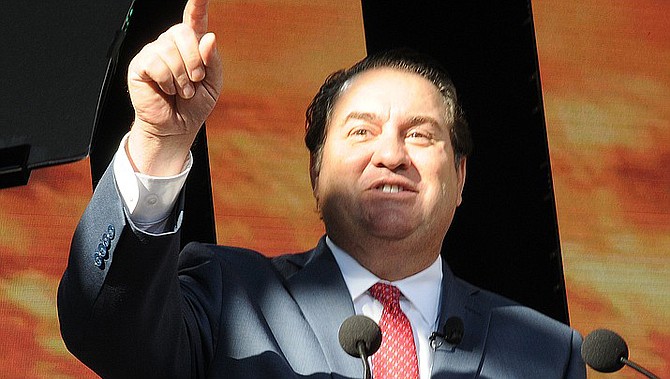 Arizona Attorney General Mark Brnovich, shown above, said the national opioids settlement was “the quickest and surest way to get immediate relief for Arizona and for the communities that have been harmed by the opioid crisis and the actions of the Sackler family.” (Photo by Howard Fischer/Capitol Media Services)

A tentative settlement announced Wednesday over the role Purdue Pharma played in the nation's opioid addiction crisis falls short of the far-reaching national settlement the OxyContin maker had been seeking for months, with litigation sure to continue against the company and the family that owns it.