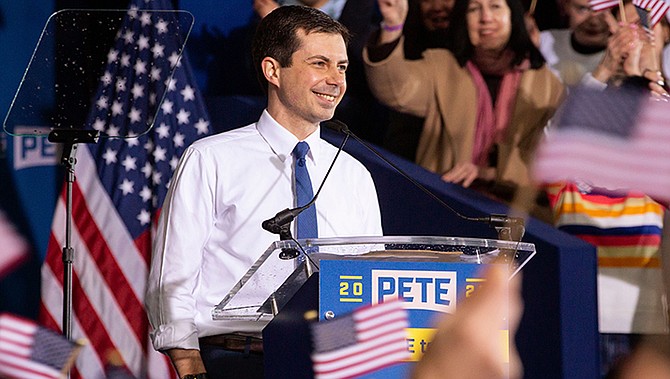 Pete Buttigieg is just one of the candidates for the Democratic nomination for U.S. president who has involved the Gospel of Matthew in his campaign. (Photo by Gary Riggs, cc-by-sa-4.0, https://bit.ly/2OTNNNL)

Gospel of Matthew’s message rings loudly for some 2020 Dems

When Pete Buttigieg launched his first statewide television ad in South Carolina two months ago, its opening lines may have sounded familiar to a churchgoer.