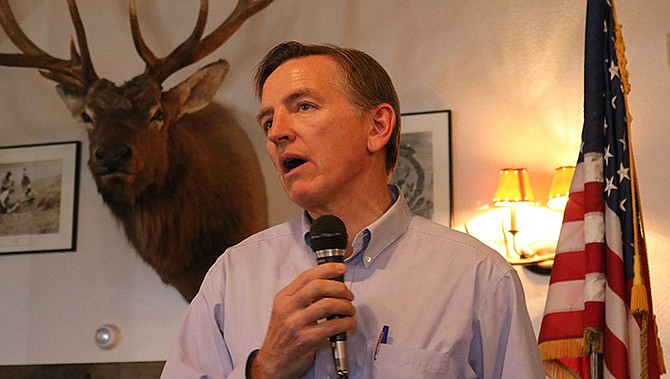 If Arizona adds a congressional seat after the 2020 U.S. Census, which seems likely according to new U.S. Census Bureau statistics, it could result in the creation of a river district that stretches south to Yuma. That could have an impact U.S. Rep. Paul Gosar (R-Prescott), who currently represents Kingman in the U.S. House of Representatives. (Miner file photo)

Letter | Still waiting for a call from Gosar

I e-mailed my congressman, Paul Gosar, back in early September.

It looks like Arizona will be gaining some national political clout at the expense of California. Or maybe Illinois. Or Michigan.

By Howard Fischer, for the Miner January 2, 2020
Tweets by @DailyMiner
Event Calendar