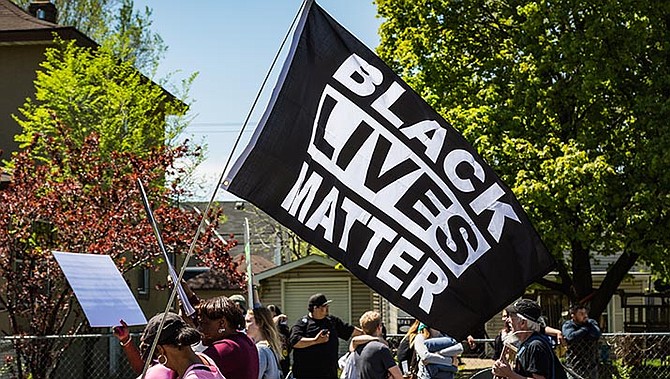 Kingman Mayor Jen Miles said Tuesday that the city will not fly a “Black Lives Matter” flag in Locomotive Park as suggested by a resident in a recent viewpoint published in The Miner. (Photo by Tony Webster, cc-by-sa-2.0, https://bit.ly/3efMrrf)

Having received numerous “call to action” emails from city residents regarding a local man’s proposal for the city to erect a Black Lives Matter flag at a city park, and another’s response to that proposal, Kingman Mayor Jen Miles announced Tuesday, June 16 that the city “is not prepared to take actions that would escalate tensions in our city parks.”