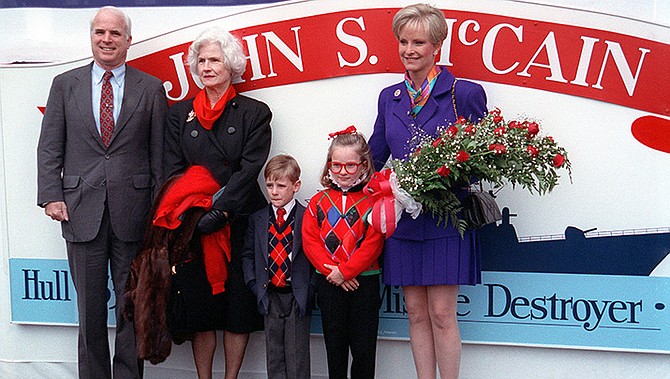 Roberta Wright McCain, the mother of the late Sen. John McCain who used her feisty spirit to help woo voters during his 2008 presidential campaign, has died.