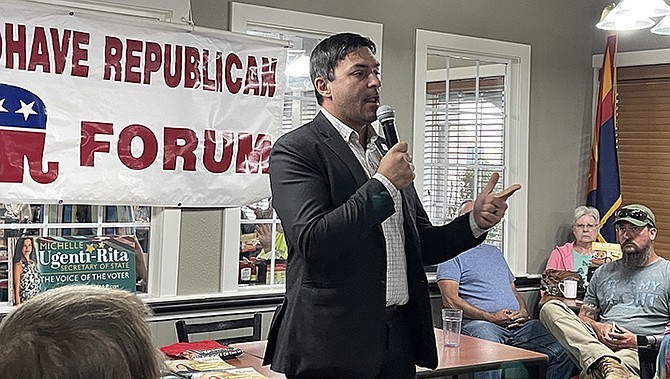 Arizona State Rep. Leo Biasiucci (R-Lake Havasu), the Republican majority whip, discussed goals for the $5.8 billion in surplus for the state budget, which has yet to be passed.

By MacKenzie Dexter May 12, 2022
Tweets by @DailyMiner
Event Calendar